This guide covers using Pomerium to secure an instance of code-server (opens new window). Pomerium is an identity-aware access proxy that can add single-sign-on / access control to any service, including Visual Studio Code. 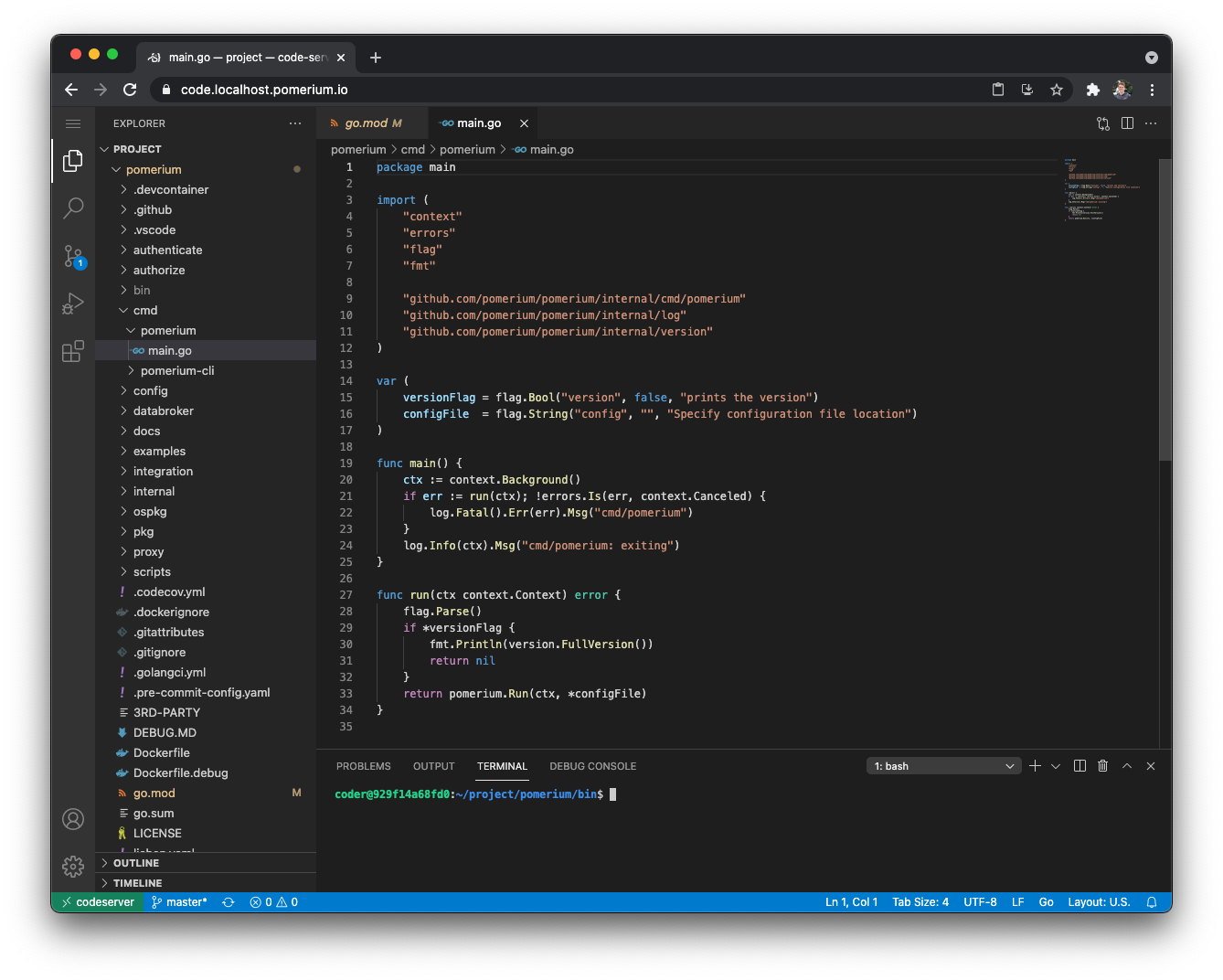 This guide assumes you have already completed one of the install guides, and have a working instance of Pomerium up and running. For purpose of this guide, we'll use Docker Compose (opens new window), though any other deployment method would work equally well.

Define a route in your Pomerium configuration file:

In this example route, code.corp.example.com is the publicly accessible route for the route, and codeserver is the local hostname for the server or container running code-server.

In the services section of your docker-compose.yaml file, add a block for code-server:

As a final touch, now that we've done all this work we might as well use our new development environment to write some real, actual code. And what better project is there than Pomerium? 😉